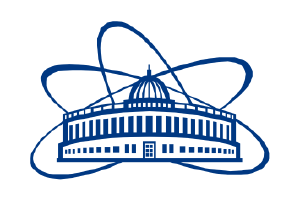 The Observer status of JINR is suspended in accordance with the CERN Council Resolution of 25 March 2022.

Though located in Russia and mainly funded by it, Joint Institute for Nuclear Research (JINR) is an Intergovernmental Organization with 18 Member States. It sets its own science policy and sends its scientists and engineers to CERN using its own resources. Scientific relations between CERN and JINR date back to 1957, were formalized in 1963 and have subsequently been contributing to bridging the gap between East and West. Until 1990 this was the only possibility for many East European scientists to participate in CERN research.

Since 1970, the traditional CERN–JINR schools for young scientists have given starting impulses for many scientific careers. The success of the first joint CERN–JINR experiment (NA4 at SPS in 1974) inspired a long list of similar collaborations with other outstanding Russian research institutes. JINR was the first institute to have an approved ISTC proposal, in 1993, for CERN-related research, namely the cryostat for NA48.

The scientific contribution of JINR to the overall CERN activities includes all areas of research and engineering. JINR has contributed to the LHC machine (dampers), to the experiments (CMS, ATLAS and ALICE) and to the WLCG, as well as to the non-LHC programme (COMPASS, NA48, NA49, NA61, NA62 and OPERA). Within CMS, JINR initiated a collaboration scheme called RDMS (Russia and JINR Member States) which allowed a good coordination of the participation of these countries and made their contribution more visible.

The well-developed infrastructure of JINR made possible the production of important heavy and high-technology equipment. JINR has also been involved in common software development projects (NICE, LabVIEW, EDH) and participates in the EGEE project. JINR also engages in CLIC R&D under contract from CERN.

In September 2017, JINR and CERN co-organised the CERN-JINR European School for High-Energy Physics in Portugal.

JINR has the status of Observer in the CERN Council since 2014.