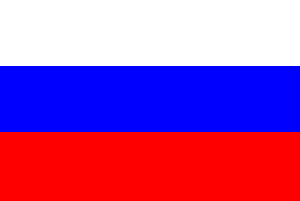 The CERN Council’s resolutions concerning the Russian Federation following the invasion of Ukraine can be found here.

Individual contacts with scientists from the then Soviet Union started in 1964. The scientific cooperation with CERN is based on various Agreements and Protocols with the first one signed in 1967.

The Russian Federation was granted observer status to the CERN Council in 1991 before it was suspended in March 2022.

In 2006, the Russia Federation signed the Memoranda of Understanding for the Maintenance and Operation (MoUs for M&O) for the four LHC experiments, and the Russian Institutes are active in the LHC physics programmes. A new International Cooperation Agreement with the Russian Federation was signed in April 2019 and is in force since 1 December 2019. In June 2022, the CERN Council declared that it intends to terminate CERN’s International Cooperation Agreements with the Russian Federation at its expiration date in 2024. However, the situation will continue to be monitored carefully and the Council stands ready to take any further decision in the light of developments in Ukraine.

The Russia Federation currently participates in the WLCG as a federation of several centres at the Tier-2 level (RuTier-2), supporting all four LHC experiments.