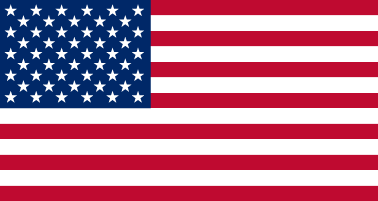 US physicists have been participating in a wide range of experiments at CERN for over 30 years, from the ISR through SPS fixed-target experiments, all the LEP experiments (L3, ALEPH, OPAL, DELPHI), heavy-ion experiments (NA45, NA49) and ISOLDE. Following the cancellation of the Superconducting Super Collider (SSC) in 1993, many US physicists joined ATLAS and CMS, and some have also joined ALICE and LHCb.

The US has made contributions to the LHC accelerator construction, coordinated by Fermi National Accelerator Laboratory (FNAL) and Brookhaven National Laboratory (BNL), under an Implementation Protocol that expired in 2007. The US also set up the LHC Accelerator Research Program (LARP) to support LHC commissioning, including both beam monitors and human resources, and R&D on magnets for a possible LHC upgrade. The USA is an Observer State with Special Rights, with the right to attend Restricted Sessions of Council for discussions of LHC matters.

The US contributions to ATLAS and CMS have been substantial. They were funded jointly by the Department of Energy (DOE) and the National Science Foundation (NSF) under an Implementation Protocol agreed in 1996 and finalized in 1997. The US user community has expanded, as attention has shifted away from their domestic programme with the completions of the CLEO, BABAR and soon the Tevatron experiments, and new groups have joined ATLAS and particularly CMS. Moreover the US is involved in smaller experiments such as LHCf, ACE, ALPHA, CAST, CLOUD, COMPASS, NA61, NA62, nTOF and TOTEM.

The US has also contributed to the development of the WLCG and operates two Tier-1 centres and 14 Tier-2 centres.

In May 2015, a new ICA was signed with the Department of Energy and the National Science Foundation. Under this Agreement, three new Protocols (Accelerator, Experiments and Nuclear Physics) were signed in December 2015, which provide frameworks for substantial US participation in the high-luminosity upgrades of the LHC accelerator and detectors. At the same time, a further Protocol was signed on the participation of CERN in the future Fermilab neutrino programme. This Protocol provides the framework for CERN’s first-ever participation in a global accelerator project outside Europe.

At present (2018), more than 2100 Users from US institutes are registered at CERN, making the United States the largest User community of CERN, ahead of any individual Member State.