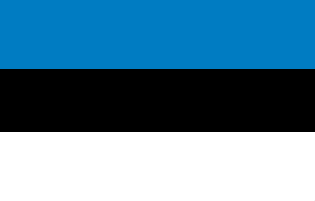 After joining the CMS Collaboration in 1997, Estonia’s high-energy particle physics community has been reinforced by the return of expatriate scientists, by new students and by direct government funding.

A first International Cooperation Agreement (ICA) between Estonia and CERN was signed in 1996. The Protocol to the ICA, signed in 2004, assured the funding required for the particle physics community in Estonia.

A new ICA between Estonia and CERN concerning the further development of scientific and technical co-operation and a Protocols to this agreement concerning the participation of universities and scientific institutions from Estonia in the high-energy particle physics experiments at CERN were signed in 2010 and in 2016.

There is now a small but active group of Estonian theorists at CERN. The CMS team participates in data analysis, LHC computing and the WLCG. Estonia operates one of the Tier-2 centres in Tallinn. A team of Estonian scientists also joined the TOTEM experiment.

On 19 June 2020 an Agreement was signed admitting Estonia as an Associate Member in the pre-stage to Membership of CERN. The agreement entered into force on 1 February 2021.