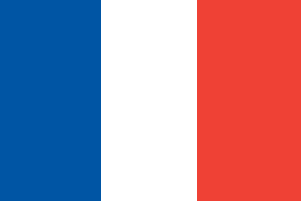 Particle physics in France has a long tradition drawing its legacy from the Curie’s and Becquerel. France was a founding member of CERN, and is one of the two Host States. French Scientists brought important contributions to the major experiments. France has also contributed to the development of accelerators at CERN, for instance the linear injector for LEP and the quadrupoles for LHC.

Two French scientists have served as Directors-General of CERN: Bernard Gregory (1966-1970) and Robert Aymar (2004-2008). French physicist Georges Charpak was awarded the Nobel Prize in Physics in 1992 for inventing the multiwire proportional chamber at CERN.

In France, particle, astroparticle and nuclear physics are mostly based in two major institutes: the National Institute for Nuclear and Particle Physics (IN2P3), which is part of the National Center for Scientific Research (CNRS); and the Institute of Research into the Fundamental Laws of the Universe (IRFU) of the French Alternative Energies and Atomic Energy Commission (CEA). IN2P3 was established in 1971 as a CNRS national institute and research in nuclear physics and astrophysics also began at the CEA  in the 1970s. IN2P3 and IRFU have developed strong competences in all technical fields related to particle physics: detectors, electronics, computing, accelerators and superconducting magnets. Both institutions maintain close links to university-based research.

French researchers participate in all four major LHC experiments (ATLAS, CMS, LHCb and ALICE). In addition to the LHC programme and for the longer term, French laboratories are also deeply involved in accelerator and detector R&D for the next linear collider (ILC or CLIC) or circular (FCC) colliders. France is also involved in prototypes, notably for DUNE, under tests at CERN Neutrino Platform.