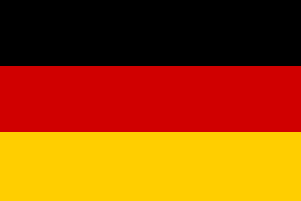 Germany was one of the founding members of CERN. Nobel laureate Werner Heisenberg represented Germany in the predecessor 'Conseil Européen pour la Récherche Nucléaire', and signed the CERN Convention on behalf of Germany in 1953. Since then, German scientists have made significant contributions to most major CERN projects. Herwig Schopper was the first German Director-General from 1981 until 1988 and Rolf-Dieter Heuer was the second incumbent from Germany, with a term of office from 2009-2015.

In Germany, research in particle and relativistic heavy ion physics is carried out predominantly by university groups. Other important focal points are two Max Planck Institutes (Munich and Heidelberg) and two research centres of the Helmholtz Association (DESY in Hamburg and Zeuthen, and GSI in Darmstadt). The Research Centre Karlsruhe operates the central German node "GridKa" in the worldwide Grid computing network. German scientists contribute to all major LHC experiments and are also represented in the SPS fixed-target and ISOLDE programmes. The number of CERN Users from Germany has increased significantly in recent years, following the shutdown of the HERA electron-proton storage ring at DESY in 2007.

German industry has made important contributions to the construction of the LHC, such as the manufacturing of one third of the large superconducting dipole magnets.