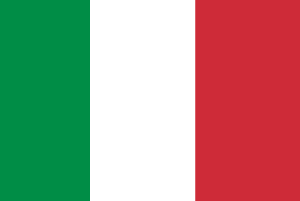 Italy was a founding Member State of CERN in 1954, and Italian scientists have made strong contributions to almost all important projects that have marked the history of the laboratory. Two Italian physicists previously acceded to the position of CERN Director-General: Nobel laureate Carlo Rubbia (1989-1993) and Luciano Maiani (1999-2003). The present Director General, Fabiola Gianotti, is also Italian.

In Italy, the community of physicists working on high-energy physics is organised through the National Institute of Nuclear Physics (INFN), which is a community of over 6,000 people, most of whom work in collaboration with universities. INFN was founded in 1951 with the objective of continuing and expanding research that had been started in the 1930s by the school of Enrico Fermi. INFN performs both theoretical and experimental research in the fields of subnuclear, nuclear and astroparticle physics, technological and interdisciplinary research, and computing.

Italian industry has constructed important components for the LHC, using very advanced technology. Of the 20 countries that produce industrial equipment for CERN and LHC, Italy is one of the three leading producers in the sectors of civil, electrical and mechanical engineering, in vacuum technology, and in cryogenics.