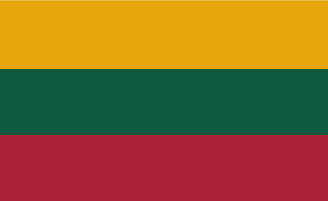 In 2004, an International Cooperation Agreement (ICA) between CERN and the government of Lithuania concerning the further development of scientific and technical cooperation in high-energy physics was signed. A Protocol to this agreement concerning the participation of universities and scientific institutions from Lithuania in the high-energy particle physics experiments at CERN was signed in 2005 and a Memorandum of Understanding for the construction of CMS was signed in 2007. Lithuania has been instrumental in the database development at CERN for CMS data mining and data quality analysis, through an in-kind contribution of Lithuania.

Lithuania actively promoted the BalticGrid in 2005. The Grid activities centered in Vilnius were based on a cluster with 150 CPUs of which 100000 CPU hours were allocated to CMS in 2007. Lithuania participates actively in RD39 and RD50, and in the CERN Summer Student Programme in order to strengthen their particle physics teams.

In the context of the ICA from 2004, Lithuania signed in September 2014 a new Protocol with CERN, strengthening Lithuania’s participation in the CERN educational programmes, especially the High-School Teacher Programme.