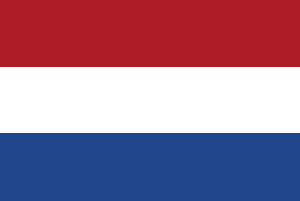 In 1954, the Netherlands were a founding member of CERN, together with 11 other European countries. Ever since Dutch researchers have maintained a high profile at CERN as witnessed, for example, by the 1984 Nobel prize in Physics awarded to Simon van der Meer for his decisive contributions to the discovery of the W and Z bosons at CERN’s SPS proton-antiproton collider. Dutch physicist Cornelis Bakker served as CERN-Director General from 1955-1960.

Since 1975, experimental particle physics research in the Netherlands has been coordinated and supported by the Dutch National Institute for Subatomic Physics, Nikhef, a partnership between the Institutes Organisation of the Dutch Research Council  (NWO-I) and the six universities: Maastricht University, Radboud University Nijmegen, Utrecht University, University of Amsterdam, University of Groningen and Vrije Universiteit Amsterdam.

Nikhef’s main research ambition at CERN is to exploit the discovery potential of the Large Hadron Collider (LHC) programme through participation in ATLAS, ALICE and LHCb.