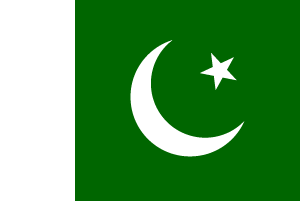 In 1994, CERN and the government of Pakistan signed an International Cooperation Agreement (ICA) concerning the development of scientific and technical cooperation in the research projects of CERN. This agreement was followed by the signature of several Protocols and today Pakistan contributes to the following LHC experiments: ALICE and CMS as well as accelerator projects such as CLIC/CTF3 and LINAC4, making Pakistan a significant partner for CERN. For CMS, Pakistan played an important role in the tracker alignment, and built and installed 320 Resistive Plate Chambers (RPCs), as well as contributing to CMS computing, the WLCG and data analysis, operating one of the Tier-2 centres. Teams from Pakistan also built critical parts of the experiment infrastructure, including the feet on which the whole barrel yoke stands, the outermost end cap disks and the removable tower supporting the forward hadron calorimeter. Pakistan has also built various mechanical components for ATLAS and for the LHC and has made an important contribution to the LHC consolidation programme in 2013-2014.