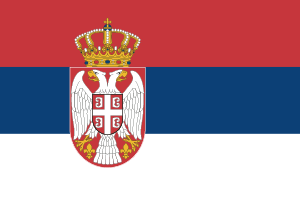 When Serbia was part of Yugoslavia, which was one of the 12 founding Member States of CERN in 1954, Serbian physicists and engineers took part in some of CERN's earliest projects at the SC, PS and SPS facilities. In the 1980s and 1990s, physicists from Serbia worked on the DELPHI experiment at CERN's LEP collider. In 2001, CERN and Serbia concluded an International Cooperation Agreement, leading to Serbia's participation in the ATLAS and CMS experiments at the Large Hadron Collider, in the Worldwide LHC Computing Grid, as well as in the ACE and NA61 experiments.

Serbia's main involvement with CERN today is in the ATLAS and CMS experiments, in the ISOLDE facility, which carries out research ranging from nuclear physics to astrophysics, and on design studies for future particle collider - FCC and CLIC - both of which are potentially new flagship projects at CERN.