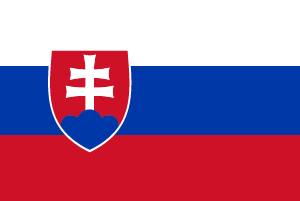 Research in particle physics started in the 1950s with studies of cosmic ray interactions and quantum field theory. In 1956, Czechoslovakia became a member of the Joint Institute for Nuclear Research (JINR) in Dubna, Russia, and in the 1960s work began on bubble chamber experiments at Dubna and later at Serpukhov. During the ‘Prague Spring’ in the second half of 1960s, contacts developed with physicists from western countries, leading to a fruitful triangular collaboration between Vienna, Budapest and Bratislava and regular meetings between top physicists from East and West. In 1968, discussions of a possible Czechoslovak membership of CERN were interrupted by the dramatic political changes in the country.

Many experimental high energy physicists have been trained at experiments in Dubna and Serpukhov. Based on this experience, and earlier contacts with CERN, physicists from Slovak Republic were ready for research at CERN when Czechoslovakia joined CERN in 1992 and, after separation, the Slovak Republic became a Member State in its own right in 1993.

Today, research in high energy physics is carried out mainly at four institutes in Bratislava and Košice, and focuses on the ATLAS and ALICE experiments at the LHC. Research groups from Bratislava, which are active in nuclear structure studies, perform their experiments at ISOLDE facility. Smaller groups or individuals participate in other collaborations at CERN (NA49, NA57), and in experiments at other accelerator laboratories.

The national web page for outreach and communication is The world of particles .