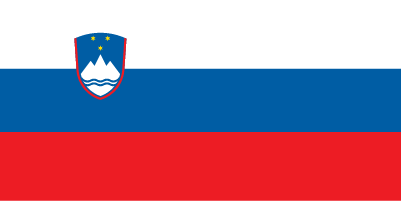 Slovenia joined the CERN programme soon after becoming an independent state, participating at the time in experiments at LEAR and LEP (DELPHI). In 1991, a Co-operation Agreement between CERN and the Executive Council of the Assembly of the Republic of Slovenia concerning the further development of scientific and technical co-operation in the research projects of CERN was signed. In 2009, Slovenia applied to become a Member State of CERN.

The Slovenian interaction with CERN has been very effective, in view of the small size of its HEP community. Slovenian scientists and researchers have very significant roles in the development of silicon and diamond solid-state detectors in the RD42 and RD50 Collaborations. Slovenia participates in the ATLAS experiment, with the development and production of low-mass power and signal cables for the Silicon Tracker, and has a prominent share in the  Worldwide LHC Computing Grid. Slovenian scientists and students have had leading roles in several physics analyses, concentrating on identifying signals that would point to physics beyond the Standard Model.

Currently, Slovenia is heavily involved in upgrade projects of the ATLAS detector for the High-Luminosity LHC, especially in the upgrade of the Beam Conditions Monitor and the silicon strip part of ATLAS Inner Tracker, as well as the novel High Granularity Timing Detector.

Since 4 July 2017, Slovenia is an Associate Member in the pre-stage to Membership of CERN.