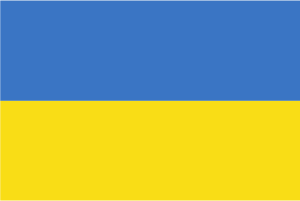 Ukraine and CERN signed an International Cooperation Agreement in 1993, and a Joint Declaration in 2011, setting priorities in scientific and technical cooperation. Ukraine’s relationship with CERN dates back much further, principally through CERN’s cooperation with the Joint Institute of Nuclear Research (JINR) in Dubna, Russia, of which Ukraine is a member. The CERN-JINR cooperation in the field of high-energy accelerators started in the early 1960s and since then the two institutions have formed a bridge between East and West that has made important contributions to the development of global, peaceful scientific cooperation.

Beyond its participation through JINR, Ukraine has been a long-time contributor to the ALICE, CMS and LHCb experiments at the LHC, and to research and development projects on new accelerator technologies. Ukraine also operates a Tier-2 computing centre in the World-wide LHC Computing Grid (WLCG) that federates globally distributed resources to process and analyse the massive amounts of data generated by the LHC experiments.