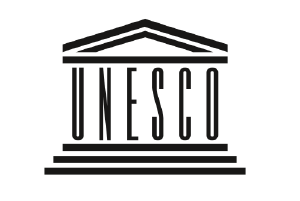 The United Nations Educational, Scientific and Cultural Organization (UNESCO) was founded in November 1945. The overall objective of this specialized United Nations agency is to “build peace in the minds of men” through Education, Social and Natural Science, Culture and Communication.

UNESCO played an important role in setting up CERN. The original of the CERN Convention and the instruments of ratification of all Member States are deposited with UNESCO. In the past years UNESCO also facilitated the participation of some CERN Non-Member States in the CERN programmes.

Complementarities between the actions of the two Organizations exist in various fields, in particular in those fields where CERN’s scientific and technological know-how can contribute to develop education and culture worldwide

Some examples are the CERN contribution to the reconstruction of scientific co-operation in South-East Europe and, more recently, the ongoing collaboration with the UNESCO International Basic Science Programme (IBSP) in training, capacity-building and strengthening science, particularly in Africa.

In the last decades CERN and UNESCO jointly participated in many visible events and cooperated in joint projects. Only the most recent ones are mentioned below.

Since 2009, CERN and UNESCO develop and implement training projects in Africa, “CERN-UNESCO schools on digital libraries”. The purpose of the schools is to deepen the participants’ understanding of digital libraries, expose new trends in scientific publishing and emphasize a set of principles related to open access, both for data and publications, crucial to promoting open science.

UNESCO's International Basic Science Programme (IBSP) funded the training courses over the years 2009-2010-2011, while the CERN and Society Foundation is currently financing the programme.