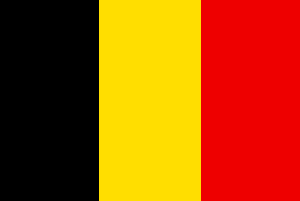 As a founding member of CERN, Belgium has made many important contributions to experimental particle physics. Belgian teams have been involved in major experiments using all accelerators and colliders at CERN. A landmark achievement was the Brussels contribution to the Gargamelle neutrino experiment at the CERN Proton Synchrotron which discovered the weak neutral current. Belgian theoretical physicist Léon van Hove served as Director-General, jointly with John B. Adams, from 1976 until 1980.

Belgian scientists have contributed to experiments with neutrino beams, the electron-positron collider, and nuclear physics experiments at the ISOLDE facility studying exotic, short-lived isotopes. They have also contributed to other experiments such as HARP and to the development of beta-beams which may lead to the design of neutrino factories.

Since 2002, the collaboration of experimental and theoretical particle physicists has been enhanced by a network supported by the federal government and called the "Interuniversity Attraction Pole (IAP) in fundamental interactions". Training, information exchange and outreach are among the objectives of this network. The participation of Belgium in the world-wide computing Grid is being actively prepared through various initiatives taken at regional and national levels.

Further information for the Belgian community is maintained by Belgian members of the CERN personnel in English, français and Nederlands.