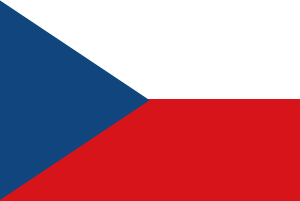 Particle Physics in the Czech Republic started in the early 1950s when three groups involved in cosmic ray research formed at Charles University, the Czech Technical University in Prague and in the newly established Czechoslovak Academy of Sciences. In the sixties, nuclear emulsions opened the way to bubble chamber and electronic experiments carried out at JINR Dubna and at CERN. Two of them were crucial for the formation of a whole generation of Czech particle physicists: the investigation of antiproton-proton collisions with the hydrogen bubble chamber LUDMILA at Serpukhov, and the NA4 experiment on deep inelastic muon-nucleon scattering at CERN, in which Czech physicists participated as part of the JINR Dubna group. In the 1980s, a strong team joined the H1 experiment at the HERA electron-proton collider at DESY and another team became involved - still as a part the Dubna group - in the DELPHI experiment at LEP.

In 1992 the Czech Republic joined CERN as a Member State, initially as a part of Czechoslovakia and since 1993 as an independent state. This was followed by a steady increase of the number of physicists and technicians working in particle physics and by a significant improvement of the basic infrastructure.

Shortly after the decision to build LHC, Czech physicists decided to join the ATLAS experiment. Later on Czech scientists also joined the ALICE and TOTEM experiments at the LHC.

For the LHC Computing Grid, Prague operates one of the Tier 2 Centers.