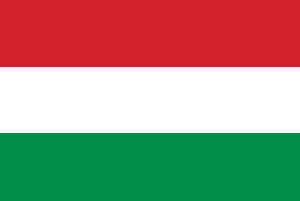 Hungary joined CERN in 1992, but Hungarian groups have participated in numerous experiments at CERN almost since its foundation. From the beginning, these collaborations were coordinated by the KFKI Research Institute for Particle and Nuclear Physics (RMKI) of the Hungarian Academy of Sciences, with the participation of physicists and engineers of the Institute of Nuclear Research (ATOMKI) of the Hungarian Academy of Sciences, of the Institute of Experimental Physics of the University of Debrecen, and of the Departments of Atomic and Theoretical Physics of Loránd Eötvös University in Budapest. High energy physics thus has two centres in Hungary: Budapest and Debrecen, and their researchers form joint groups in all related activities. Hungarian research groups have contributed to many experiments at the SPS and LEP.

Today, the Hungarian participation in CERN concentrates on high-energy proton-proton and heavy ion collisions in the framework of the CMS, ALICE, LHCb and TOTEM collaborations at the LHC. Hungarian physicists are also involved in testing matter-antimatter symmetry at the CERN Antiproton Decelerator at the ASACUSA experiment.

An important asset for the experimental activities is the Budapest site of the LHC Computing Grid system located at RMKI, which serves as the Tier-2 centre for Hungarian high-energy physics and also for other, interdisciplinary applications. Wigner RCP built and operated an extension of the central LHC grid facility, Tier-0, between 2013 and 2019.