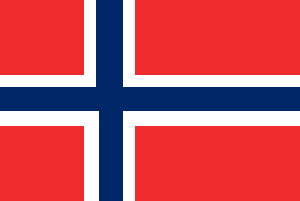 Norway was one of the 12 European countries founding CERN in 1954. Norwegian Accelerator Physicists have played a key role in the development of accelerators for Particle Physics. Odd Dahl was the driving force behind the construction of the PS, CERN’s first major accelerator, which started operating in 1959. The ISR was built under the leadership of Kjell Johnsen.

Norwegian physicists, students and technical personnel working at CERN come predominantly from the Universities of Bergen and Oslo. In addition to the particle physics community, mostly involved in DELPHI at LEP and now in ATLAS, the high energy nuclear physics community has become an important user and is now participating in ALICE. Physicists and chemists from the University of Oslo are involved in experiments at the ISOLDE facility. Physicists from the Universities of Bergen and Oslo are also developing particle accelerator technology for the next generation of colliders in the CLIC and AWAKE projects.​

The CERN activities have strong links to national programmes for silicon micro-systems and GRID computing. The successful GRID development in Norway, largely initiated by the Norwegian CERN community, allows important spin-offs to a wider community and increasing interaction between CERN related research in Norway and many other fields and research institutions.

Further information for the Norwegian community is maintained by Norwegian members of the CERN personnel in English and Norwegian.