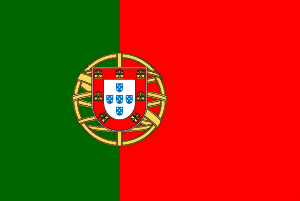 Portugal joined CERN as a Member State in 1986. The Laboratory of Instrumentation and Experimental Particle Physics (LIP) was created at the same time to carry out all activities related to experimental particle physics, involving researchers from universities as well as LIP’s own scientific staff.

LIP has a strong commitment to CERN programmes, presently based on the LHC experiments and technologies (ATLAS, CMS and WLCG), and the COMPASS Collaboration. The Portuguese Centre for Nuclear Technologies (CTN/IST) leads the activity of a strong research team using the CERN ISOLDE Facility.

For Portugal, CERN has always been a privileged platform for advanced training of young engineers. The Portuguese Foundation for Science and Technology (FCT) runs a programme under which more than 200 young engineers have spent two-year training periods at CERN in key areas of advanced technologies, contributing to the LHC effort. For high-school teachers, LIP and CERN co-organize CERN’s Portuguese Language Teachers’ Programme, with partial support from Ciência Viva Agency.

A strong focus is put on Grid computing activities, with LIP being a WLCG Tier 2 and partner in the European Union EGI and EOSC projects.