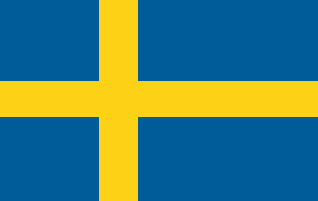 Sweden was one of the 12 countries that initially signed the CERN Convention. Since then, Swedish scientists have been strongly committed to CERN, and have been active at all of CERN’s accelerators.

Swedish groups are also involved in the work with the future accelerators. The group at Uppsala University is working on the test facility for CLIC and all five groups are involved in projects for developing new detector technology for an upgraded LHC and for a linear collider.

The ISOLDE isotope separator, initiated by Denmark, Norway and Sweden, is used to study exotic atomic nuclei. At present, two research groups one from the Chalmers University of Technology and one from Lund University are active at ISOLDE.

The experiments at CERN will generate very large amounts of data. Part of the data flow is managed by the Nordic Data Grid Facility (NDGF) Grid Tier1 center. The Lund and Uppsala groups contribute to the operation of NDGF and work with the development of the grid middleware ARC used at NDGF.