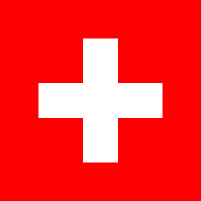 Switzerland was a founding member of CERN and is one of the two Host States. Switzerland has a strong tradition in particle physics: scientists in Switzerland have made important contributions to the advance of Particle Physics in general and have always maintained a strong involvement in CERN. Swiss-US physicist Felix Bloch was the first Director-General of the new Organization from 1954 until 1955.

Most Swiss universities, the two Swiss Federal Institutes of Technology in Zürich (ETHZ) and Lausanne (EPFL), and the Paul Scherrer Institute (PSI) are engaged in experimental and theoretical research in elementary particle physics. Today the emphasis is on experiments at the LHC, with a strong participation in CMS, ATLAS and LHCb, as well as in several non-LHC experiments.

Swiss society, science and industry benefit in a direct way from technical spin-offs and medical applications from particle physics, including imaging techniques and cancer treatment. A high-performance Tier-2 farm is set up at the Swiss National Supercomputing Centre (CSCS) in Lugano (Ticino) as part of the world-wide computing Grid, to contribute to the analysis of the huge amount of data that will be produced by the LHC experiments. This computing farm also contributes to the design of a general Grid-based e-science infrastructure in Switzerland, which will serve a multitude of scientific disciplines.

CHIPP, the Swiss Institute of Particle Physics, is an association uniting researchers active in particle, astroparticle and nuclear physics in Switzerland. Swiss Participation in International Research Infrastructures is part of SERI, the State Secretariat for Education, Research and Innovation, with additional funding from the Swiss National Science Foundation, SNF.