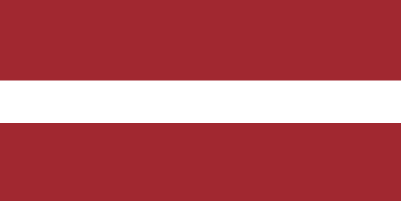 Two Latvian institutes were members of the BalticGrid, namely the Institute of Mathematics and Computer Science of the University of Latvia in Riga, and the Riga Technical University. They also participated in the EGEE project. This programme ended in 2010. The computing infrastructure built in the frame of this project is now supported by the European Grid Infrastructure.

In October 2012, a Collaboration Agreement was signed with Riga Technical University, followed in 2013-2014 by several educational programmes for Latvian students at CERN and first contacts aimed at establishing collaboration in the field of accelerator technology. As a consequence, Latvia signed a Memorandum of Understanding for their participation in the FCC study in November 2015. In 2016, Latvian high school teachers participated for the first time in a dedicated CERN high-school teacher programme.

CERN and Latvia signed an International Cooperation Agreement (ICA) in 2016.

In 2017, Riga Technical University and the University of Latvia joined the CMS collaboration. The CERN travelling exhibition was inaugurated in Riga by the Prime Minister in April 2018 and the CERN Spring Campus workshop was held in Riga in May 2018.