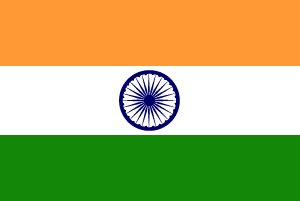 High-energy physicists from India, mainly from the Tata Institute of Fundamental Research (TIFR), have been participating in experiments at CERN since the 1960s. Subsequently, the TIFR-EHEP Group joined the L3 experiment, contributing hardware for the endcap hadron calorimeter, making major contributions to core software and participating in important physics analyses such as the lineshape analysis, Higgs searches, QCD and b-quark physics.

In the 1990s, The Raja Ramanna Centre for Advanced Technology (RRCAT) at Indore delivered hardware for LEP, and the Indian High-Energy Heavy Ion Physics Team contributed to the construction of Photon Multiplicity Detector for the WA93 experiment at the CERN-SPS, followed by physics analyses and publications. In 1991, an International International Cooperation Agreement (ICA) between the Department of Atomic Energy (DAE) of the government of India and CERN concerning the further development of scientific and technical cooperation in the research projects of CERN was signed. This agreement was followed by the signature of several Protocols.

These developments paved the way for the Indian AEC’s (Atomic Energy Commission) decision in 1996 to take part in the construction of the LHC and to contribute to the construction of the CMS and ALICE detectors. In recognition of its contribution to the LHC construction, India was awarded the status of an Observer State in 2002. The success of the DAE-CERN partnership in the LHC has also led to a new cooperation on Novel Accelerator Technologies (NAT), which envisioned DAE’s participation in CERN’s Linac4, SPL and CTF3 projects, as well as CERN’s contribution to DAE’s programmes. India also contributes to the COMPASS, ISOLDE and nTOF experiments and operates two Tier-2 centres for the Worldwide LHC Computing Grid (WLCG).