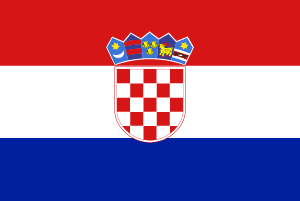 Croatia initiated relations with CERN soon after becoming an independent State. Up to 1997 Croatian physicists were mainly involved in the SPS heavy-ion programme, in the NA49 experiment, and in the preparation of the physics programme for ALICE.

Contacts with the Croatian authorities and links with the scientific institutions were renewed in 1998, so that research groups from Split and Zagreb could join CMS and ALICE and contribute, also with the involvement of Croatian industry, to the construction of parts of both detectors. Apart from the Ruder Boskovic Institute, which plays a role of the coordinating HEP Croatian centre, there is also an active HEP group in Split. At CERN, Croatia is also involved in non-LHC experiments such as CAST, NA61, ISOLDE, nTOF and OPERA.

In 2001, CERN and Croatia signed an International Cooperation Agreement (ICA), replacing the one signed in 1990, concerning the further development of scientific and technical cooperation in high-energy physics. The Croatian high-energy physics community is now very active and has in recent years been well supported by Croatian state agencies, with a very positive official attitude towards cooperation with CERN, underlined by the visits at CERN of the Minister of Science and Technology in September 2003 and of the President of Croatia in December 2003.

An interface governmental body (the Office for International Collaboration) provides a budget that is increasing annually and supports the working visits to CERN of the steadily increasing number of users, as well as governmental grants for outstanding Croatian students who are regularly classified very high in the CERN Summer Student Programme.